For those who don’t know, Scotty Harding is leaving NoDa. He has long been a fixture of Sanctuary Pub, and NoDa regulars have come to love him. This is a tribute to a man that has touched the lives of so many through music, bartender jokes, and friendship. Scott’s last weekend in NoDa is quickly approaching, as he and his family are relocating to New York.

The story of how Scott came to be in NoDa is interesting in and of itself. Four-and-a-half years ago, his good friend Alex Shaw asked him to fill in one night at Sanctuary to help cover the George Clinton show, which was playing at Neighborhood Theatre. Before that night, he had never stepped foot into NoDa. And the rest, as they say, is history. Half a decade later, Scott is still at Sanctuary Pub and has become a common denominator in the neighborhood.

Scotty, and the love of his life, Megan Roberts, have formed what he lovingly refers to as the Roberts-Harding Clan. They have four children, Skyler, Jaida, Ethan, and Brooklin, with ages ranging from two to thirteen. Scotty’s love of his family is his main driving force in his decision to relocate. After the tragic loss of Rodney Lanier (quite an interesting NoDaNite himself, and a dear friend to Scotty) he decided that it would be best for his family to move closer to their extended family. When asked about his decision to move, Scotty said:

Scotty’s background in music runs deep, and prior to coming to NoDa, he toured the East Coast and Midwest with his band Circle, for eight years. Circle was based out of Panama City, FL, and was comprised of Scotty, Michael Budd, and Shane Finlay. Currently, he is a member of Hello Handshake, and an additional duo with Larry Kohler called Evergone. When Scotty first came to NoDa, he and Larry quickly became friends. They discovered that Larry and his band Mother Fungus had played many of the same venues as Scotty’s band, Circle. When asked about Scotty, Larry says:

“I am really gonna miss my little songwriting partner midget.”

Scotty’s co-workers at Sanctuary Pub are more like a family of their own. Scotty and his most personal friends refer to themselves as the “Core Four,” which is currently comprised of Scotty, Larry Kohler, Merlin Mitchell, and Jon Lock. As an aside, there was originally a “Core Five,” that featured Larry Kohler, Alex Shaw, Craig Garceau, Andrew Stamper, and, of course, Scotty. Alex and Craig left to open an Americana restaurant called Bask. Likewise, Stamper went on to discover other avenues, and over time the group became today’s “Core Four.” Scotty also says that Sean and Kevin Halpin both played a very influential part in his life during this time, as Scotty would have never been a part of Sanctuary Pub if it weren’t for them. Scotty reiterates the fact that he has extreme love and respect for everyone discussed above. 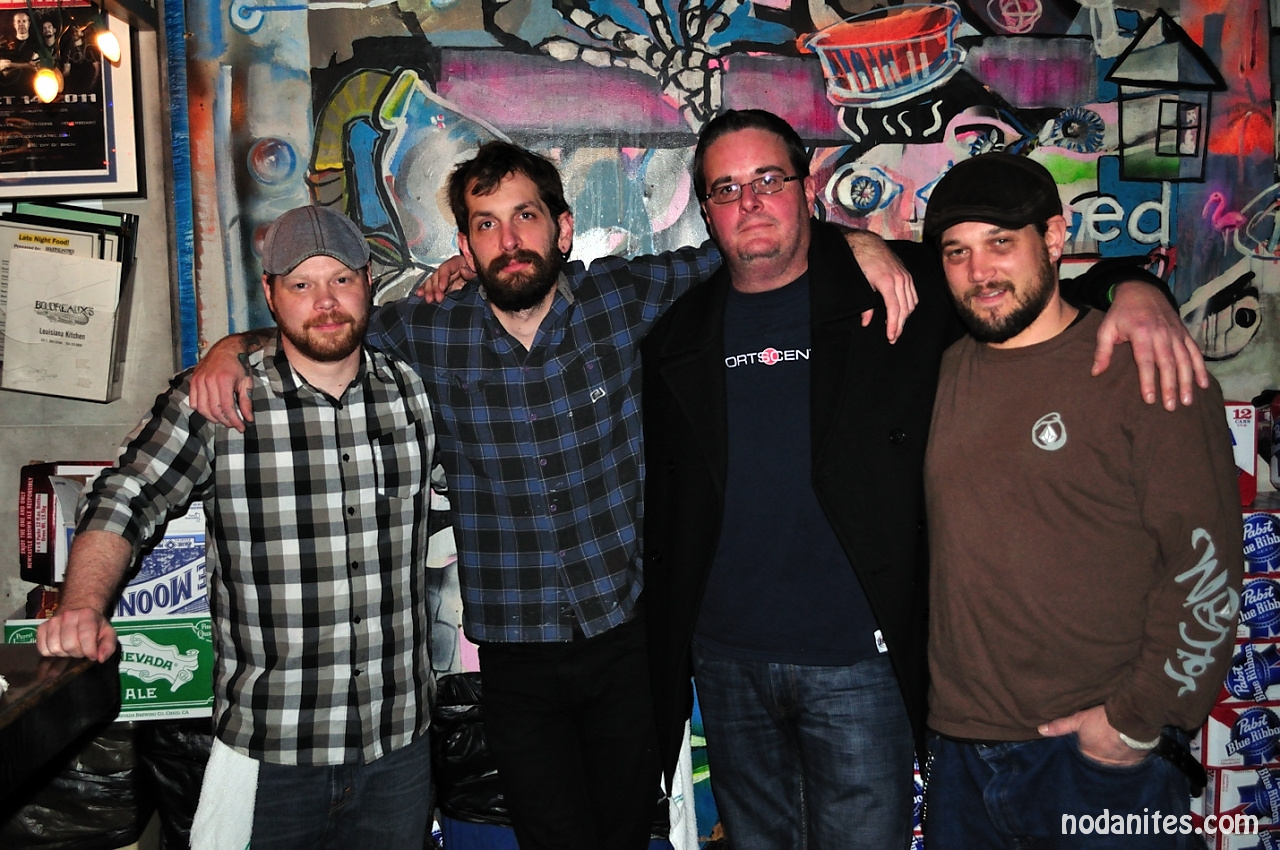 As a tribute to Scotty, and to commemorate his time spent in NoDa, the “Core Four” elected to get matching tattoos before he left. Initially just the “Core Four,” the phenom spread, and by the end of the night, at least ten friends also had the tattoo. 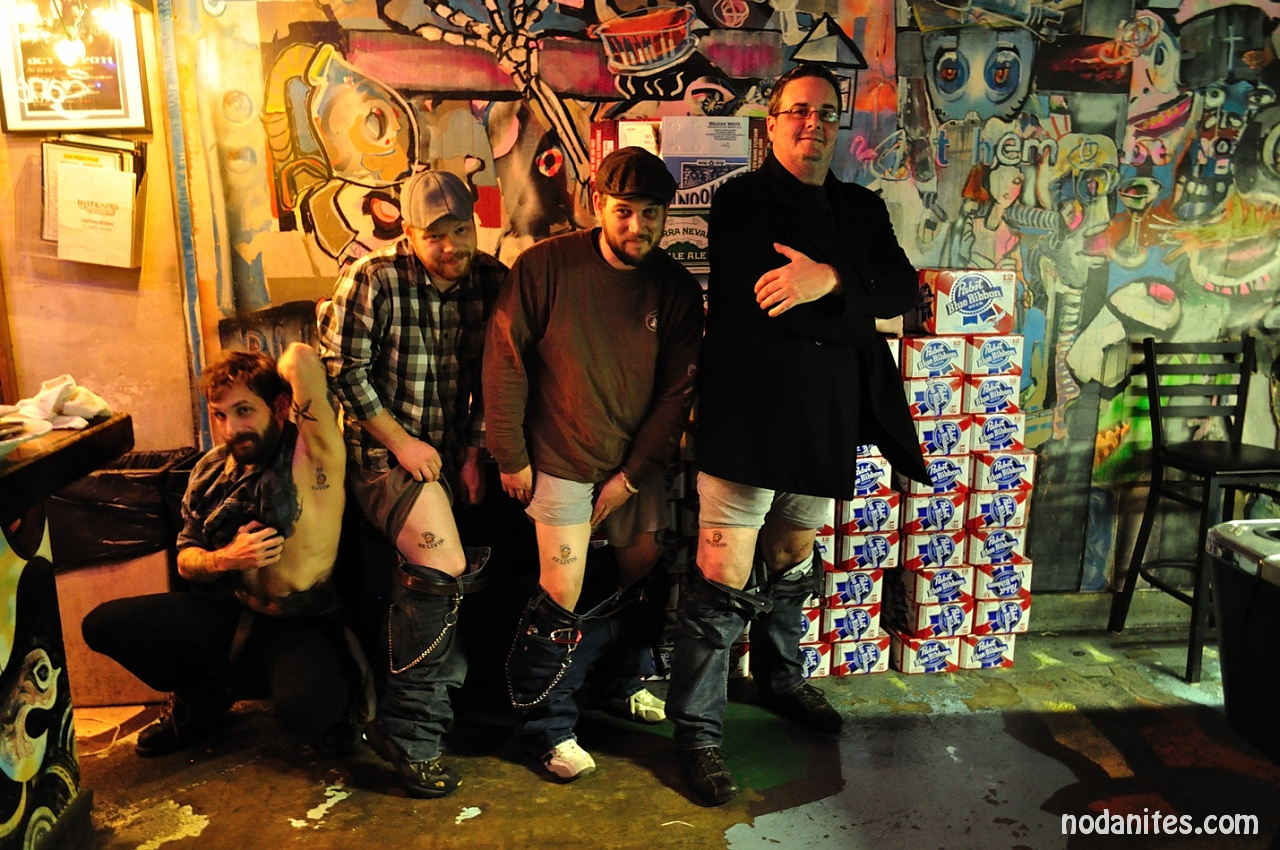 When asked about his most interesting times at Sanctuary Pub, Scotty said the following:

“Meeting Helmet was significant, getting to party with Page and Kyle, and also meeting Hayseed Dixie.”

Scotty has also had chance late-night meetings with the ghost that allegedly inhabits Boudreaux’s.

When asked what he loves most about NoDa, he said:

“The creativity that flows through every person you meet in NoDa.”

Even though Scotty is leaving NoDa, this is not goodbye; it is just ’till next time. Scotty will always stay at the top of everyone’s thoughts. Scotty’s parting words to all of his friends are:

Those that know Scotty will understand the message 😀

Scotty will be bartending at Sanctuary Pub this Friday and Saturday night, and all-day Sunday, so drop by and see him before he leaves. 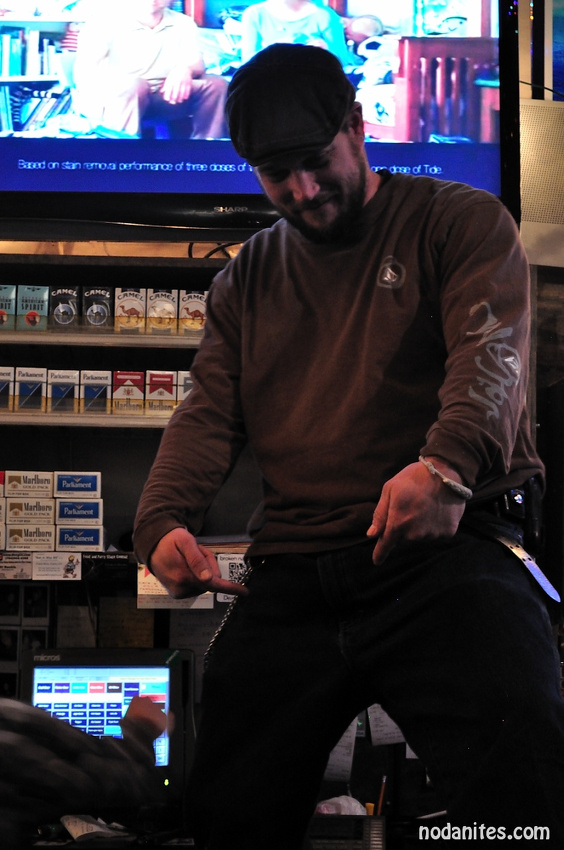 Scotty doing what he does best