William Puckett is one of the best-known artists on the eastern seaboard. His mural on the side of the building left of Salvador Deli has become a widely-known NoDa landmark. He has planned, collaborated with, executed, and finished numerous large and small community art projects. He has worked with hundreds of other artists and been commissioned by individuals and organizations all across America. He also won Creative Loafing’s Best of Charlotte, 2011 award. William is currently working on the Matheson Bridge Project on North Davidson Street – If you see this man, you must buy him a beer! The following is his testament to himself, his work, his past, and his future. 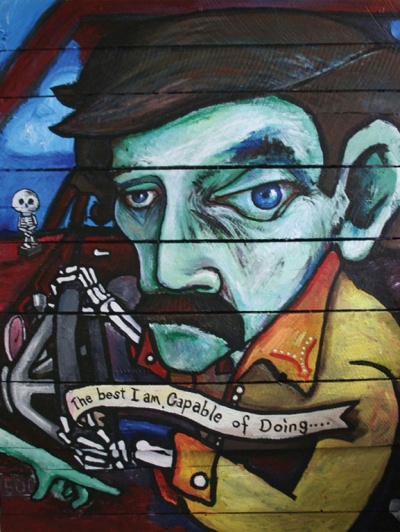 “For as long as I can remember, the visual arts have fascinated me. I was in awe early in life at the idea that a person could render the world around them accurately, or create something in complete contradiction with the natural order of things, and still have it be considered a beautiful and real thing.” 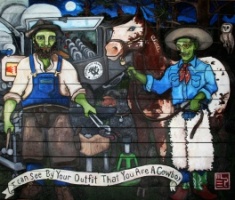 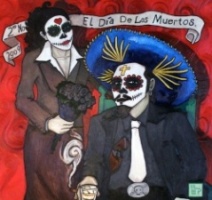 “Having spent my youth in what was once rural North Carolina, just outside Charlotte, I developed a great attachment and attraction to the simplicity of the natural world. Though I can’t say that I always render the world in a natural way, I can say that for me the relationship that we as people have with nature, with each other, and with ourselves, is the driving force in my life. Because of this I have tried throughout my years to illustrate and capture this world the way I see it, and present to an audience the beauty that I see in the everyday.”

“The beauty in all that is simple, even in that which might have been throwaway to another. It was then that I began to realize that with the simplification of line, applied against richly textured, vibrant backgrounds, found objects and folk influences, I could hope to present this art in the raw yet formal grace that is the world around us. Through layering of painterly strokes, graphic familiarity and vivid colors, I aim to embrace the viewers, but deliberately leave them guessing about the story. Provoking questions about individuals as well as a time and era of living that is becoming somewhat non-existent.”

“Because of this I would have to make comparisons to and have certainly been influenced by the American scene painters from Norman Rockwell, Ed Hopper, Thomas Hart Benton, and the brilliant, vibrant worlds of Van Gogh. Currently, the works Julian Schnabel, the pop-surrealists, Ron English, and Joe Coleman have been of great influence, and, of course, the list could continue for pages.” 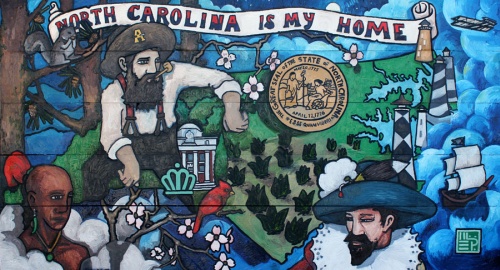 “As an artist driven by this relationship with each other and with the world around us, I have found a natural transition towards public art. I have recently finished a second, large-scale public mural in the NoDa Arts District of Charlotte, NC. Now living there, I am able to see the immediate interaction of my neighbors, and visitors alike. Some notice, some don’t; some see it and smile. And perhaps, some see it and frown. Regardless of what they think, they are taking the time to engage in art. Many of them would not in a normal day come across, and certainly not go into an art gallery, but now are discussing art. And to me, that is a really cool thing.”

You can find more of William Puckett’s work and his contact info at www.williampuckett.com. 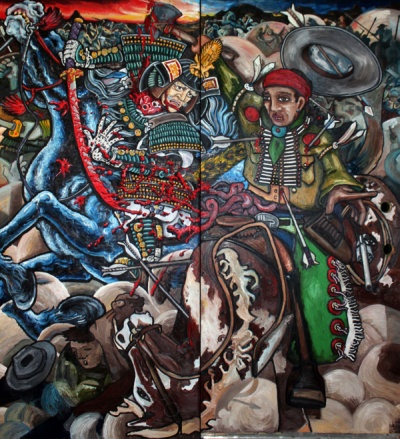