Ryan is a freelance writer and production designer. He is currently writing a screenplay adaptation of Point Blank (by Mark Rempel) for Upton Pictures. The film will be shot in Charlotte and surrounding areas in January 2012.

When asked why he moved to NoDa, he says it was “a girl.” Ryan also says he enjoys living in NoDa because it is a nice admixture of characters and the bars seem to tolerate a touch of insanity. Ryan originally hails from Virginia, where he was born. He lived in Northern Ireland for an extended period of time, then migrated to Charlotte, NC, where he spent his teenage years. Ryan was attending various colleges pursuing a writing degree, when he was cast in a small webisode for a cop drama called Port City P.D., which currently airs in Europe. He then decided to pursue a career behind the camera. 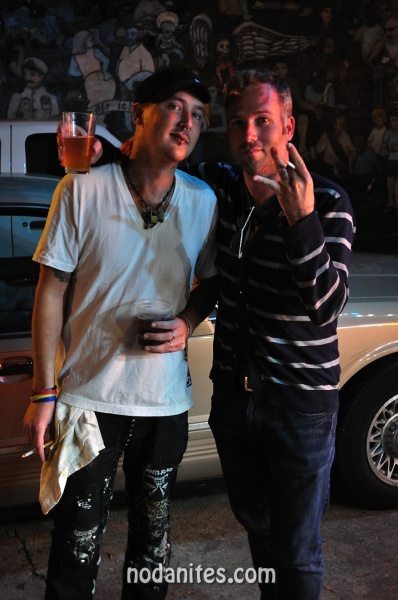 In the past few years, Ryan has worked as a production designer for various film projects in North Carolina, including The Jail House, A Box for Rob, Destiny Road, and Sleeping Around. In Ryan’s own words, this is how he describes himself.

Ryan is also an avid reader. He is a fan of John Fante and Kurt Vonnegut. Ryan just finished reading ‘Elementary Particles’ and highly recommends it. He is a self-professed “Recreational Creator” and likes to spend his wind-down time writing.

Some of Ryan’s favorite quotes:

“May the bridges we burn light our way home” -Ryan Small

“We’re all in the gutters, only some of us are looking at the stars” -Oscar Wilde 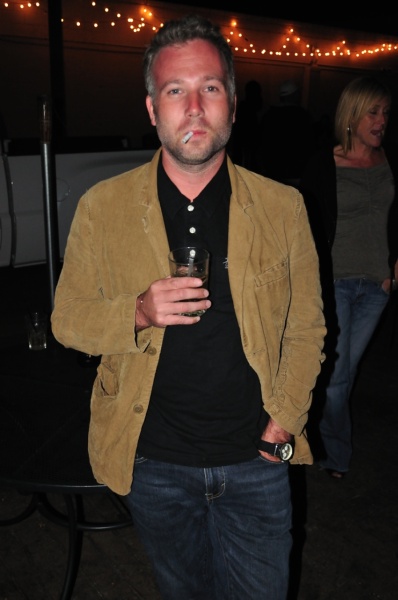 Ryan doing what he does

One thought on “NoDaNite of Interest – Ryan Small”